Simple and delicious, these hash brown veggie egg cups baked in a muffin tin are the perfect on-the-go breakfast or snack!

I don’t know about you, but with school back in session around here, we are welcoming any and all on-the-go or make-ahead breakfast or snack solutions.

Enter these little hash brown veggie egg cups. Hearty and wholesome, they are a new favorite!

Yes, you read that right. Hash.Brown.Crust. And it’s part of what makes these little egg cups absolutely splendid.

Thawed shredded hash browns are mixed with a smidge of butter and a little salt and pepper and then pressed into the bottom of a muffin tin.

The idea is to line the bottom and sides of the muffin cups with the hash brown mixture so it makes a nest of sorts for the veggies and egg.

Don’t stress about going all the way up the sides of the muffin cup. I lightly grease my fingers and press the hash browns into a “nest” shape and call it good. The key is to bake the hash browns until the edges are golden for maximum crispiness.

Once the hash browns have baked for 15 minutes or so, it’s time to pop in some veggies (and, ahem, bacon).

Sprinkle in any variety of chopped meat or veggies right on top of the baked hash browns.

Pour the egg mixture evenly over the veggies, sprinkle with cheese, and bake until puff-a-luffy!

Remove the hash brown veggie egg cups from the muffin tin while they are still warm. The longer they sit, the harder they are to get out of the muffin tin.

But if you get a butter knife or rubber spatula and gently pop them out within a few minutes of removing from the oven, they won’t cause you any grief.

We can’t get enough of these fun and delicious little egg cups. The good news is that they can easily be made several days ahead of time and stored in the refrigerator.

CONFESSION: I love them cold straight from the fridge.

5/6ths of my family are gagging over this tidbit of knowledge. They prefer warming the eggs up in the microwave for 15-20 seconds before inhaling. But I’m telling you, they’re delicious cold (which makes them a great packable snack).

They also freeze beautifully. I add them to a freezer ziploc bag in a single layer, freeze, and then take out one-by-one as we want to heat them up and enjoy them.

This is a great recipe for using up the (still edible) odds and ends vegetables in the refrigerator. Swap different meats and cheeses, too.

Honestly, it would take a lot to mess these up (as in, maybe think twice about adding bananas or chocolate chips).

They have become a breakfast staple for us, which really just translates into me chucking them at my teenagers as they leave the house in the morning. That’s kind of how we roll these days.

For me, I love spying them in the fridge for a quick snack or lunch. They’re so tasty! And I’m already dreaming up a lot of different variations (thinking of doing a red pepper feta number next!).

Meat + Veggies: the add-ins for this recipe are just a starting point – both for the amounts to use and the different ingredients. Change them up to other veggies you have on hand or prefer. Same with the meat and cheese.  Make-Ahead: these hash brown veggie egg cups store great in the refrigerator for several days and they also freeze well. Frozen Hash Browns: it’s important to thaw the hash browns before using, otherwise they are soggy and don’t brown as well. I spread the frozen hash browns on a thin layer of paper towels; they thaw quickly at room temperature.
Serving: 1 egg cup, Calories: 145kcal, Carbohydrates: 10g, Protein: 8g, Fat: 8g, Saturated Fat: 4g, Cholesterol: 138mg, Sodium: 332mg, Fiber: 1g, Sugar: 1g

Bamboo Cutting Board
Follow @MelsKitchenCafe on Instagram and show me the recipes you are making from my blog using the hashtag #melskitchencafe. I love seeing all the goodness you are whipping up in your kitchens! 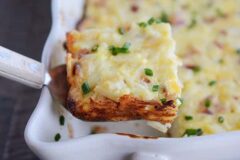 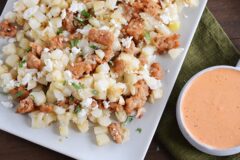 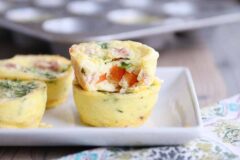 Disclaimer: I am a participant in the Amazon Services LLC Associates Program, an affiliate advertising program designed to provide a means for me to earn fees by linking to Amazon.com and affiliated sites. As an Amazon Associate I earn from qualifying purchases.
Breakfast Make-Ahead Breakfast Recipes Sides Veggies Snacks The Best Breakfasts The Best Recipe 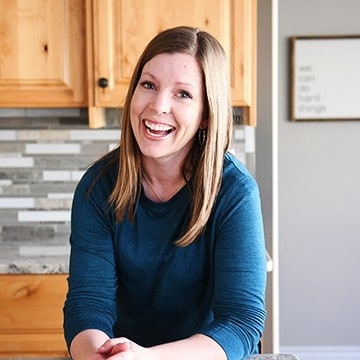 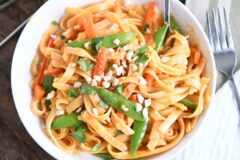 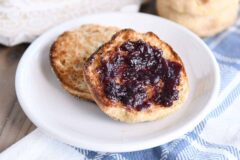